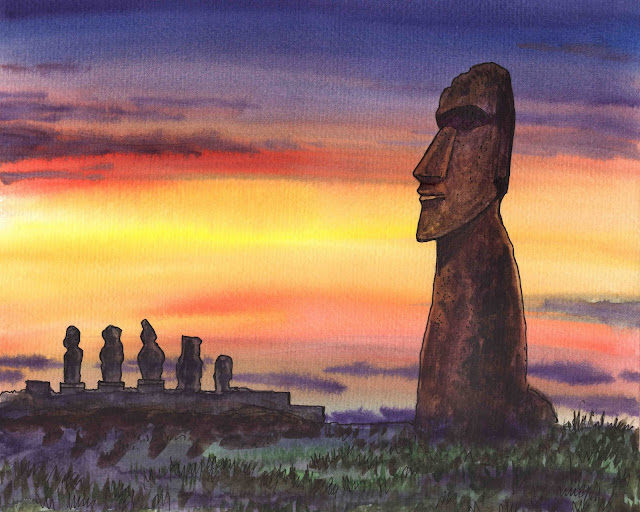 I was always fascinated by monumental statues of Easter Island, Chile. Here is the watercolor painting of a gorgeous sunset on Easter Island with their Moai Stones.

This artwork is a part of my exploration of watercolor and research of interesting places on Earth that are now added to Travel Around The World Gallery.
The history of the Easter Island is very interesting:
Easter Island covers roughly 64 square miles in the South Pacific Ocean, and is located some 2,300 miles from Chile’s west coast and 2,500 miles east of Tahiti. Known as Rapa Nui to its earliest inhabitants, the island was christened Paaseiland, or Easter Island, by Dutch explorers in honor of the day of their arrival in 1722. It was annexed by Chile in the late 19th century and now maintains an economy based largely on tourism. Easter Island’s most dramatic claim to fame is an array of almost 900 giant stone figures that date back many centuries. The statues reveal their creators to be master craftsmen and engineers, and are distinctive amongst other stone sculptures found in Polynesian cultures. There has been much speculation about the exact purpose of the statues, the role they played in the ancient civilization of Easter Island and the way they may have been constructed and transported.
The mythology of the Easter Island goes back close to a thousand years:
The large stone statues, or moai, for which Easter Island is famous, were carved in the period 1100–1680 CE (rectified radio-carbon dates). A total of 887 monolithic stone statues have been inventoried on the island and in museum collections. Although often identified as "Easter Island heads", the statues have torsos, most of them ending at the top of the thighs; a small number are complete figures that kneel on bent knees with their hands over their stomachs. Some upright moai have become buried up to their necks by shifting soils.
Almost all (95%) moai were carved from compressed, easily worked solidified volcanic ash or tuff, found at a single site on the side of the extinct volcano Rano Raraku. The native islanders who carved them used only stone hand chisels, mainly basalt toki, which lie in place all over the quarry. The stone chisels were sharpened by chipping off a new edge when dulled. While sculpting was going on, the volcanic stone was splashed with water to soften it. While many teams worked on different statues at the same time, a single moai took a team of five or six men approximately a year to complete. Each statue represented the deceased head of a lineage.
Only a quarter of the statues were installed. Nearly half remained in the quarry at Rano Raraku, and the rest sat elsewhere, presumably on their way to intended locations. The largest moai raised on a platform is known as "Paro". It weighs 82 tonnes (90 short tons) and is 9.89 m (32 ft 5 in) long. Several other statues of similar weight were transported to ahu on the north and south coasts.
Possible means by which the statues were moved include employment of a miro manga erua, a Y-shaped sledge with cross pieces, pulled with ropes made from the tough bark of the hau tree[90] and tied around the statue's neck. Anywhere from 180 to 250 men were required for pulling, depending on the size of the moai. Among other researchers on moving and erecting the moai was Vince Lee, who reenacted a moai moving scenario. Some 50 of the statues were re-erected in modern times. One of the first was on Ahu Ature Huke in Anakena beach in 1956.[91] It was raised using traditional methods during a Heyerdahl expedition.
Another method that might have been used to transport the moai would be to attach ropes to the statue and rock it, tugging it forward as it rocked. This would fit the legend of the Mo'ai 'walking' to their final locations. This might have been managed by as few as 15 people, supported by the following evidence:
• The heads of the moai in the quarry are sloped forward, whereas the ones moved to final locations are not. This would serve to provide a better centre of gravity for transport.
• The statues found along the transport roads have wider bases than statues installed on ahu; this would facilitate more stable transport. Studies have shown fractures along the bases of the statues in transport; these could have arisen from rocking the statue back and forth and placing great pressures on the edges. The statues found mounted on ahu do not have wide bases, and stone chips found at the sites suggest they were further modified on placement.
• The abandoned and fallen statues near the old roads are found (more often than would be expected from chance) face down on ascending grades and on their backs when headed uphill. Some were documented standing upright along the old roads, e.g., by a party from Captain Cook's voyage that rested in the shade of a standing statue. This would be consistent with upright transport.
There is debate regarding the effects of the monument creation process on the environment. Some believe that the process of creating the moai caused widespread deforestation and ultimately a civil war over scarce resources.
In 2011, a large moai statue was excavated from the ground. During the same excavation program, some larger moai were found to have complex dorsal petroglyphs, revealed by deep excavation of the torso.
Around The World Travel Gallery became very popular in the last year, I've sold many artworks with famous places and I am glad that my followers and art appreciators are adding my art to their home collections.
Many thanks to the Art Collector from BRYN MAWR, PA for purchasing print of this artwork: 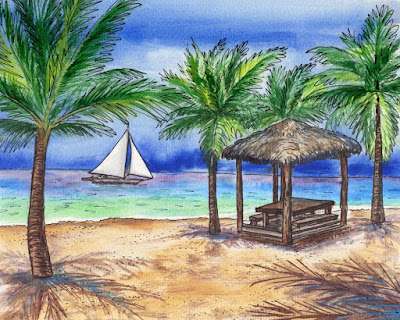 Read more in the article HERE
Warm thanks to the Art Collector from Atlanta, GA for purchasing a lovely print with this artwork: 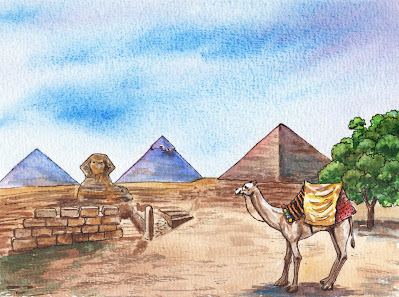 Read more in the article HERE
Grand thanks to the Art Collector from Stewartsville, NJ for purchasing a print with this artwork: 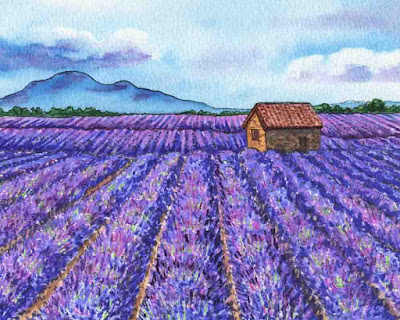 Read more in the article HERE
My appreciation goes to the Art Collector from Richmond, VA for purchasing a nice canvas print with this Monet House in Giverny France watercolor: 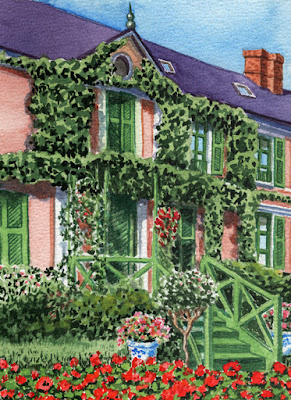 Read more in the article HERE
Many many thanks to the Art Collector from Midland, GA for purchasing print with this artwork: 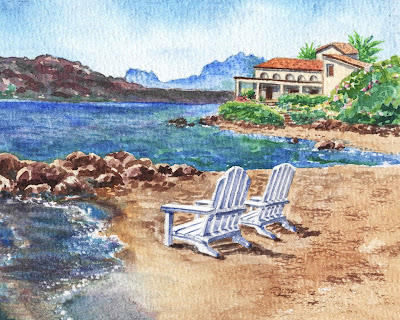 To read the article about this painting go HERE
As an artist I present more than five thousand paintings in different galleries on my website.
And as a watercolor artist illustrator I have an extensive and I can now say quite impressive Artist Portfolio HERE
Live To Create!!!
www.artirina.com 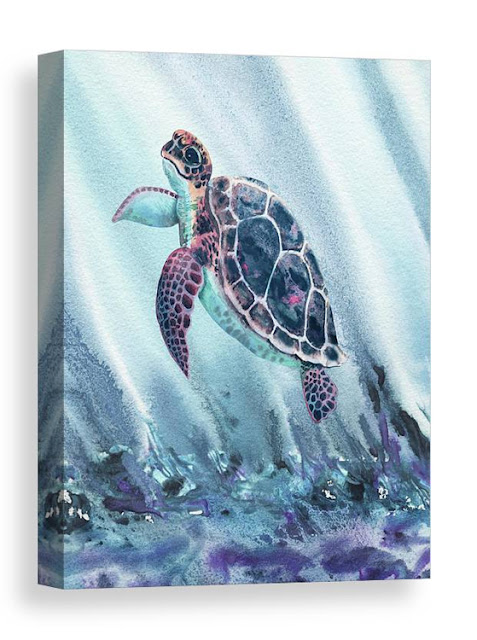 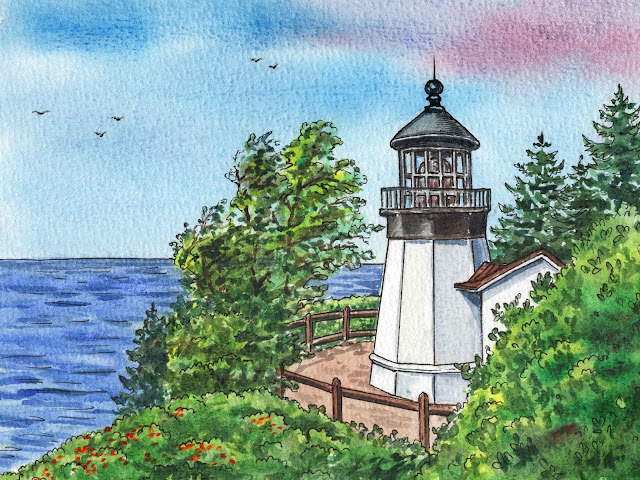